What is a stroke?

Stroke is less common in people under 40 years, although it does happen. In young people, the most common causes are high blood pressure or sickle cell disease. In many developed countries, the incidence of stroke is declining even though the actual number of strokes is increasing because of the ageing population. 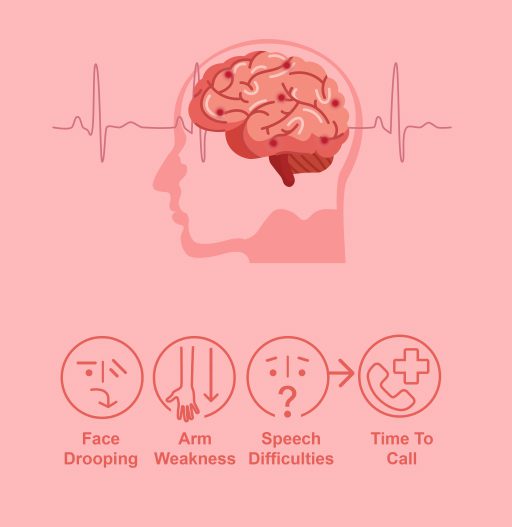 Signs of a stroke:

What is a Stroke?

1 in 5 people will have a stroke at some point during their life.

A stroke occurs when the blood supply to the brain is disrupted. Blood is transported to the brain by blood vessels called arteries. Blood carries important nutrients and oxygen to your brain. Blood may stop moving through an artery because the artery bursts (hemorrhagic stroke) and or the artery is blocked (ischemic stroke). When the brain cells are not getting enough nutrients or oxygen, they die. The area where the brain has been damaged is called a cerebral infarct.

A stroke is a medical emergency.

Knowledge is power. Recognising the signs and acting quickly is crucial.

Are there different types of Stroke?

There are two main types of strokes and they occur when blood flow to the brain is cut off by a blockage, Ischaemic Stroke, or if there is a sudden bleed in the brain, Haemorrhagic Stroke. 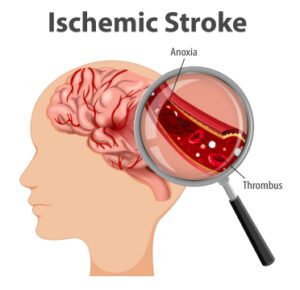 This is the most common type of stroke – more than 80% of strokes are ischaemic strokes. An ischaemic stroke is caused by a blockage cutting off the blood supply to part of the brain which damages brain cells. An example of this is the narrowing of arteries. Damage to brain cells can affect how the body works.

There are two types of Ischemic Strokes. 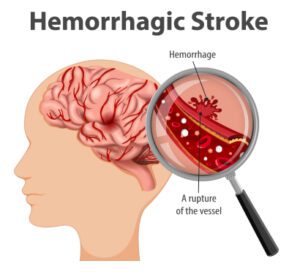 Haemorrhagic stroke is caused when a weakened blood vessel that supplies the brain ruptures and bleeds, stopping the delivery of oxygen and nutrients. The interrupted blood flow causes damage to the brain.

There are two types of haemorrhagic strokes, described by their location in the brain.

What is a mini-stroke / TIA?

A Transient Ischaemic Attack (TIA), also known as a ‘mini stroke’, occurs when the blood supply to the brain is blocked temporarily, often for a few minutes.

The signs of a TIA are similar to a stroke but disappear within a short time. This includes weakness along one side of the body and a brief loss of speech or vision.

After a TIA, the risk of stroke is higher. A TIA can be a warning that a major stroke may occur. It is often an opportunity to prevent a stroke from happening by investigating further, seeking treatment and managing of risk factors.

What are the risk factors for Stroke?

Up to 90% of strokes are preventable so knowing your risk factors is the first step in preventing a stroke. The greater the number of risk factors, the greater the likelihood is of you getting a stroke. You may be at a higher risk if there is a family history of stroke or if you have had a TIA or heart attack. In addition, people from Asian, African and African-Caribbean communities are also more likely to have a stroke.

Many of these risk factors can be reduced by making positive lifestyle changes.

What are the effects of Stroke?

Not all strokes are the same and no two people are affected by stroke in the same way. The effects of a stroke depend on the area of the brain affected and the extent of the damage to your brain. Recovery is different for each person too. Some people may recover completely whereas others may be left with more serious disabilities or even die. Recovery is usually a gradual process and can take months as the brain heals.

The brain has two sides and a stroke on the left side of the brain will affect the right side of the body and vice versa. Some functions that may be impaired as are follows:

Someone who has had a stroke may also experience other physical and emotional changes depending on the part of the brain that was affected. These include:

Some symptoms may improve in time and many people can make a good recovery following a stroke. Early treatment, appropriate medication and rehabilitation all have an impact on the final outcome.

What are the warning signs of Stroke?

Knowing the warning signs of stroke and seeking immediate medical help can improve the outcome of a stroke. The symptoms of a stroke appear suddenly and there is often more than one symptom at a time. These are some of the signs to watch out for if you or someone else may be having a stroke:

What do you do if you suspect a Stroke?

Stroke is a medical emergency. The longer a stroke goes untreated the greater the potential for brain damage and disability. If you suspect you or someone else is having a stroke, dial 999 or 112 to call an ambulance immediately. The quicker they get to a hospital, the quicker they can be treated. Early detection and treatment can prevent further damage to the brain and reduce the chances of long-term disability or even death. Every second counts.

Tip: Know your Eircode and keep it close to the phone.

The above information is gathered from the World Stroke Organisation.

If you have any questions or concerns, contact the Croí Health Team at 091-544310 or email healthteam@croi.ie. 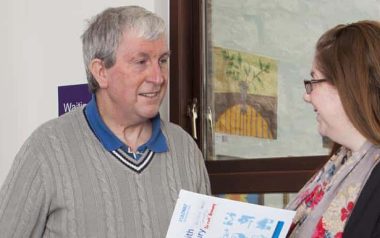 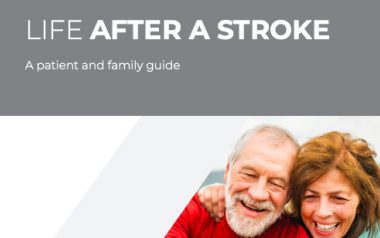 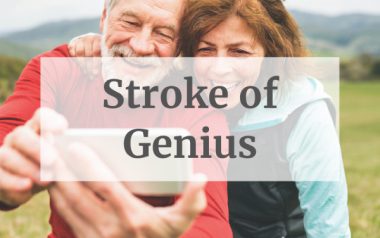 Read our Stroke of Genius Series 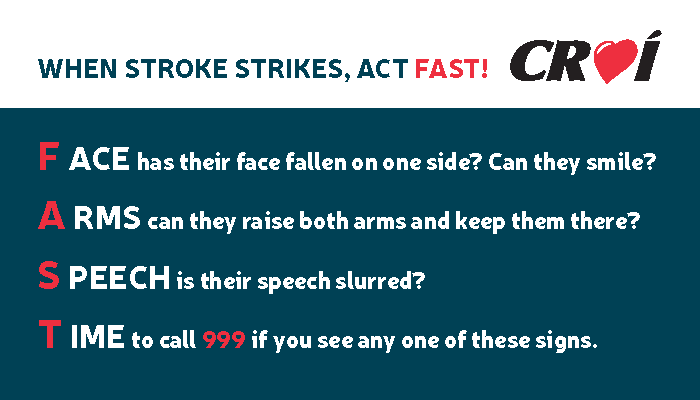